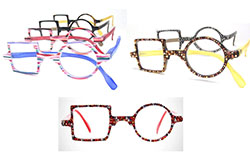 You are on a blog post about the round-square glasses. If you'd like to make a purchase, click on the photo of the style you like, and you will be routed to the actual product page where you can add it to your cart.
As happens on a monthly basis, one of our vendors sent us samples and among the new styles was a pair of eyeglasses that turned our perception upside down. Circle square glasses. For the next two days, it became the most hotly debated item we ever considered carrying. Half the camp swore they were too weird, and that nobody would ever wear them. The other half swore by them. We went as far as to come up with personality profiles of people who would dare. (Creative artists. High style fashionistas who follow countless style blogs and watch runway shows. Crafty people. Yoga and meditation disciples who were open to change. ) Though our Dear Leader and CEO Debby was at first in the "ridiculous" camp, she was never one to resist a good shopping binge. She ultimately hopped on the phone with said vendor and ordered a few dozen. As the circle square glasses attracted some negative troll attention on social media, they very quickly became our biggest sellers. We even heard that one of our customers was a millennial who posted them on his YouTube channel just to poke fun. One thing is undeniable. They stretch the imagination. Like key less cars and remote-less televisions, they redefine our expectation of shape and eyeglasses. Soon after we discovered that they were also being made with copious amounts of brilliant, shiny Swarovski crystals. 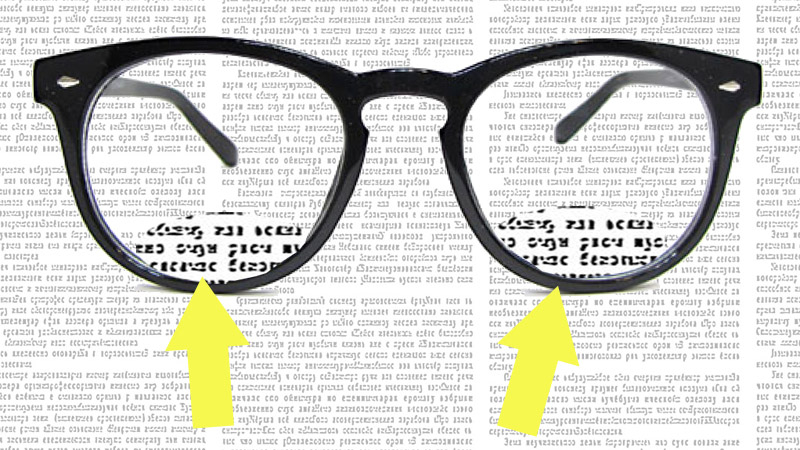